Kena also sang the star spangled banner at Saturday's banquet.  Marine Corps Honor Guard is her back up. Vince San Angelo, a retired US Marine and tournament director, also gave a memorable talk on the meaning of Memorial Day. 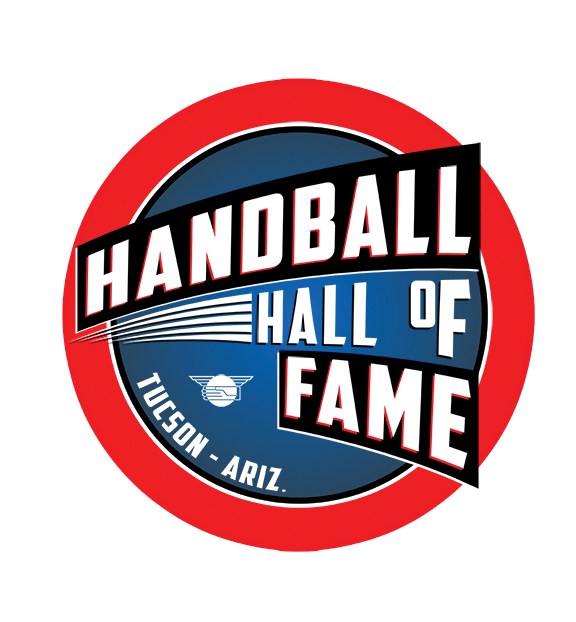 It was a great weekend of competition and camaraderie as the spirit of handball was on display in all the evenly contested fields.  There was a big contingent of Fred Lewis Foundation Juniors showing the good future in Tucson.

See the final results for the 2016 USHA Hall of Fame Tournament HERE.

Final draws and results can be viewed HERE. 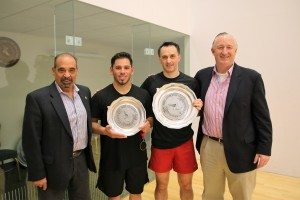 NEW YORK -- The anticipation for a Paul Brady vs. Armando Ortiz rematch reached a fever-pitch leading up to the WPH R48Pro V NYAC Stop.  Could Ortiz maintain his form from Houston?  Was Brady finally starting to show his age after dominating for more than a decade?  Those questions and more were answered by the five-time world champion who served his way to impressive victory over Ortiz in the WPH Pro final 15-11 and 15-5.

Brady never allowed Ortiz to settle, keeping the Southern Californian off-balance and out-of-sync with tough serves.  The win gave Brady his third WPH R48Pro V win of the season, and it proved he's still the best handball player on the planet.  Against Ortiz, Brady admitted he knew he had to play his best, attributing some "poor decision-making" from his loss in Houston.
"I put a bit of pressure on myself to bounce back." Brady told WPH Reporter Kara Mack after the final. "It's obviously not getting easier.  I'm getting older, and they're getting younger."  Brady hopes to build on his success with two more stops to go before the USHA Nationals in June.

In the Women's final, Catriona Casey looked sharp as she cruised to a two-game victory over Martina McMahon, 21-11 and 21-6.
See the weekend's results and draws HERE.
The World Players of Handball Foundation once again aired pro matches LIVE on ESPN and WatchESPN App.

For more viewing information, go to www.race4eight.com or email:  This email address is being protected from spambots. You need JavaScript enabled to view it..

Brought to you by Southern California Handball Association

FOUNTAIN VALLEY, Calif. --Mark Zamora (setting up in his first final) was one of two players to win two on Sunday.  Zamora teamed with Jesse Pasos (background) and John Robles to win the 50 and 45 titles.  Robles was the other player to win two, taking the 45 and 50 events.

By David Fink
HOUSTON -- Sunday featured the R48 and SR48 finals, R48 Playoff finals and the conclusion of the Texas State Doubles Championships.

Sean Lenning and Mando Ortiz met in the final for the third time in the last five Race 4 Eight events, with Lenning winning the previous two finals in Salt Lake City (2015) and Tucson (2015). Lenning cruised to the final with ease, winning all six games he played and never allowing any of his three opponents to score more than 10 points in any game. Ortiz entered Houston’s final in search of his first R48 title after losing in his first three trips to the finals. Ortiz defeated Paul Brady in Saturday’s semifinal in what instantly became recognized as the best match in the history of the R48 tour.

Mando Ortiz picked up where he left off in his semifinal win in the final, crushing Lenning 15-0 in just nine minutes to take a one-game lead. “Sean was just asleep in the first game and not making his serves or his shots,” Ortiz would later say. Lenning came to life in game two, finding his rhythm and his explosiveness to even the match at one game apiece.

The tiebreaker produced several dramatic momentum changes between two of the greatest offensive players in the history of the sport. Lenning raced to a 6-1 lead before Mando scored 11 of the next 12 points to seize control of the third frame. Ortiz would eventually lead 13-9, just two point from his first R48 title. Several long exchanges and multiple dives, floor timeouts, glove changes, and incredible shot making by Sean Lenning saw the score tied at 13, with Lenning two points from his sixth R48 title. A furious rally at 13-all revealed both player’s desperation to win the title, as each lunged and dove for multiple balls. Ortiz earned the side out and scored consecutive points to win his first R48 title.

“This is everything I’ve ever dreamed of,” revealed at emotional Ortiz on ESPN. “I know of all of the great mentors and champions that have come before me paved the way and I’m just so happy to be part of the club (of champions). Both my grandparents passed away this year and this is for them.”

Marcos Chavez and Tyler Hamel met for the third straight year in the SR48 Houston, with the pair splitting their previous two Houston encounters. Chavez defeated Hamel in the 2014 SR48 Houston final and Hamel defeating Chavez in the 2015 SR48 Houston semifinal. Chavez was in search of his sixth SR48 title, while Hamel was aiming fir his first.

Chavez quickly took control of the final, building a 15-5 halftime lead with a remarkable display of all-around handball. The Chavez express continued to roll in the second half, as Chavez applied pressure to cruise to his sixth SR48 title and retain his #1 SR48 ranking.

To watch replays of the R48 and SR48 action from Houston, go to the Watch ESPN App (here).

See the draws and results HERE.
Questions?  Email This email address is being protected from spambots. You need JavaScript enabled to view it.
Comment (0) Hits: 6141 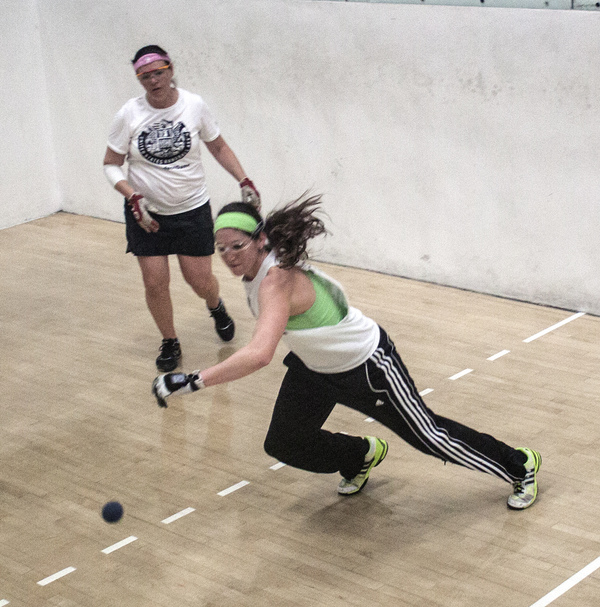 AUSTIN -- Jennifer Schmitt defended her Women's Classic crown, holding off a strong challenge from Suzanne Koehler (chasing a pass), on the tough glass court at the University of Texas on Sunday.
The Southwest Regionals also brought out a strong amateur field at the beautiful UT Campus.
See the full write-up on the 2016 Women's Classic in the HANDBALL MAGAZINE May 2016 issue!
Final results are available HERE.

MINNEAPOLIS -- Peter Funchion and Ciana NiChurraoin will be taking the men's and women's titles back to Ireland (on the shoulders of their teammates).  Ni Churraoin slammed in the women's with Niamh Dunne .  Funchion turned back Minnesota favorite Tyler Stoffel in a great final to a great tournament. In one of the most competitive Collegiates ever, University of Limerick won its first Men's Title and the University of Texas grabbed the Women's.  Lake Forest held the Overall Championships with second-place finishes in both men's and women's.

The photo below features the Univ. of West Florida Argonauts striking a pose--very Argonaut-like! See the BRACKET ROUND draws at the bottom for most up to date scores and match times.  #NATLCOLLEGIATEHANDBALL16.

FIRST ROUND (Brackets and times available)

SECOND ROUND (Brackets and times available)

FIRST ROUND (Brackets and times available)

SECOND ROUND (Brackets and times available)

USHA
This email address is being protected from spambots. You need JavaScript enabled to view it.
(520) 795-0434